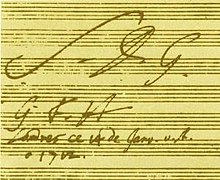 The Latin term, Soli Deo Gloria, conveys glory only be to God. The letters appear on Handel’s Messiah and was used by Bach and Graupner as well. These words signify that the work was created to honor and praise the one true God. I guess these men saw their accomplishments as what they truly were; gifts from God. They recognized that they were instruments being played and rehearsed that light, and love could be imparted to all God’s children through them.

I was introduced to a scripture that portrays this same message. It’s found in the second book of Nephi, thirty second chapter verse 9. “But behold, I say unto you that ye must pray always, and not faint; that ye must not perform any thing unto the Lord save in the first place ye shall pray unto the Father in the name of Christ, that he will consecrate thy performance unto thee, that thy performance may be for the welfare of thy soul.”

This is one truth that I wish I had known earlier. I try and teach it to my children often. “Ye must not perform any thing unto the Lord save in the first place ye shall pray unto the Father… that he will consecrate thy performance unto thee, that thy performance may be for the welfare of thy soul.” Imagine how much more perspective I would have had before and after a basketball game. All the sudden the worldly outcomes wouldn’t have mattered as much as the act and in what intent it was given and received.

I first heard this idea used as Jenny Oaks Baker described her parents encouraged her to memorize this verse.  Before any concerts or recitals she would recite it to herself. It become very literally a soli deo gloria, or a prayer that her performance would be for the welfare of her soul. I remember printing this off for one of my basketball girls too. Imagine what difference it would make if you weren’t hung up on outcomes but just in the simple act of your performance being a testament of your love for God.

As a doctrine, soli deo gloria, means that all actions are to glorify God to the exclusion of our own pride and self-gratification. Can you imagine if every performance on the stage of life was offered in that humility, how much would our confidence grow?

I found this story on a website at the bottom of the page.

“In April of 1737 at 52 Handel seems to have suffered from a stroke which incapacitated him, making it impossible for him to perform (he played the spinet or keyboard) or conduct, because it had paralyzed his right arm and he was right handed. He also complained of blurred vision. The truth was as well, that falling in and out of favor with royalty left him alternately in and out of money, and because he was not a wise businessman he in fact lost a fortune in the opera business and, depressed and in debt, gave it up in 1740.

It was only shortly after these calamities in Handel’s life that he came across a libretto composed by Charles Jennens. Composed entirely of Scripture portions, mainly from the Old Testament, Handel was deeply affected when he read this libretto.  It was divided into three parts: 1) prophecies about the coming messiah (largely drawing on Isaiah); 2) the birth, life, ministry, death, resurrection of Christ; 3) the End times with Christ’s final victory over sin and death, largely based in the book of Revelation. Inspired,  Handel decided he must compose an oratorio based on this libretto. The story of the composition of this most famous of all Christian musical works has been told variously. What we can say with certainty is that he composed the work in a short period of time during the summer of 1741, and when he got to the Hallelujah chorus, his assistant found him in tears saying “I did think I saw heaven open, and saw the very face of God”.  Today of course it is the first two parts of this work that mostly get performed.  The Hallelujah chorus is in fact the conclusion of part two, but in performances today it regularly is used to climax and conclude the Christmas performance of the first part of the oratorio.”

“Fortunately for Handel, King George decided that this work was worthy of being attended and supported, and this in turn led to one of the most interesting traditions connected to this masterpiece. When the Hallelujah chorus began to play in the performance the King attended he abruptly stood up, apparently as a way of indicating he recognized that Christ was the King of Kings. Now it was normal protocol that if the King stood at any time, no one in his presence sat, and so the entire audience stood for the performance of the Hallelujah Chorus.  This tradition has been maintained even until today.  This morning in Estes Chapel we did our annual Messiah singalong complete with fine soloists and a small chamber orchestra. And sure enough, everyone knew to stand when we got to the Hallelujah chorus.  Handel could never have anticipated that this work would become perhaps the most performed piece of classical music in all of history, all to the glory of Christ.  And he certainly could not have anticipated the many and various versions of the performance of Messiah.”
Read more at http://www.beliefnet.com/columnists/bibleandculture/2009/12/handels-messiah-the-story-behind-the-classic.html#Ic6KQL7WwALga1DI.99

This is what I hope my blog may become. I am not a composer of music and I do not play any instrument, but I hope every entry on my blog may end with the same three letters SDG. 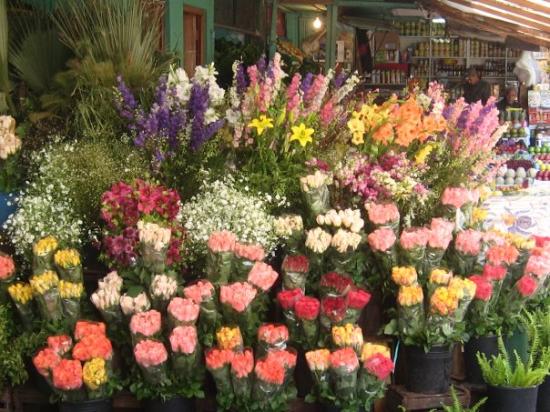 I have always loved receiving a fresh bouquet of flowers. The beauty, the aroma, the mise-en-scene… everything about them is rejuvenating. It’s no wonder when we are sick that people want to bring us something beautiful that reminds us of life and it’s absolute beauty.

Being sick these past few weeks I felt showered in flowers. I had two beautiful bouquets in my bedroom. One bouquet sitting in my living room, two on the kitchen table and even a bouquet in my bathroom. When I saw them I sincerely smiled and felt the love of those who has offered them.

I am always puzzled when I hear, “Flowers, what a waste of money.” Perhaps we see too much as wasted. Is it not better to say, “Welcome flowers, I know we only have a short time together; but I want to savor this time?” Each petal and each color is going to remind me of the magnificence of God creations. To remember that the measure of their creation is to bring me joy and remind me that winter will end, bodies will heal and I am loved. Doesn’t it only make sense that we offer them in times of grief and recovery?

I have since had to bid adieu to all those lovely arrangements. The joy the memory of those flowers created reminds me of the beautiful frailty of our own mortality. I love how God states, “the good things which come of the earth, … for orchards, or for gardens,…Yea, all things which come of the earth, … are made for the benefit and the use of man, both to please the eye and to gladden the heart;… for taste and for smell, to strengthen the body and to enliven the soul.” (Doctrine and Covenants 59:17-19)

To love something …even for only a short season… is enough. These flowers come quietly radiating joy and love and ever so quickly bid farewell. This is the pattern of many wonderful things in this world.   As James Barrie, the Scottish poet, declared, “God gave us memories, that we might have June roses in the December of our lives” (paraphrasing James Barrie, in Laurence J. Peter, comp., Peter’s Quotations: Ideas for Our Time [1977], 335)